Review of Where the House Was 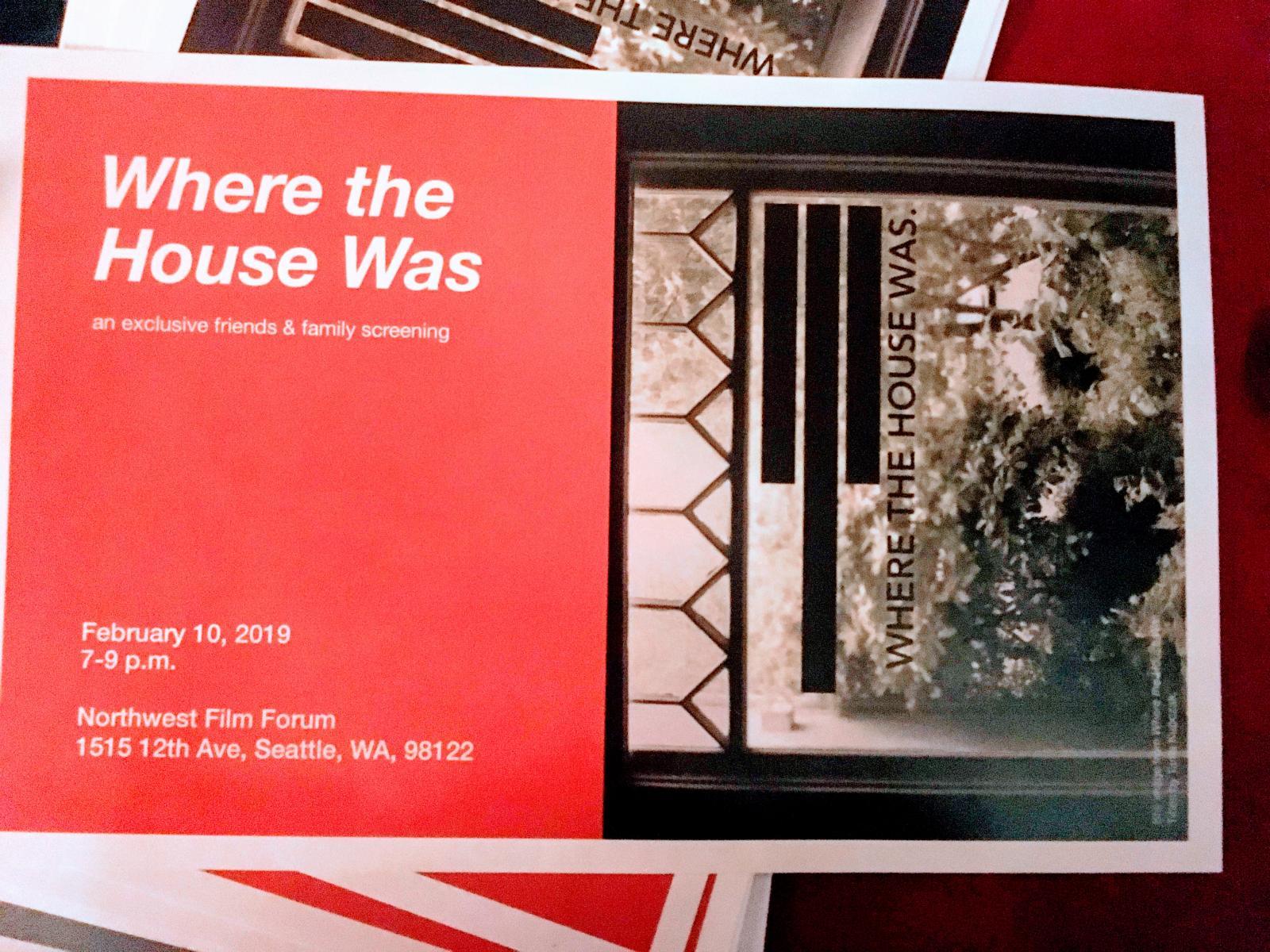 What began as a little tiny idea to film the teardown of the Hugo House, turned into the history of the gentrification of Seattle.

Where the House Was started with Frances McCue’s proposal to director Ryan Adams to make a short documentary of the teardown of the Victorian house at 1634 Eleventh Avenue. The now demolished structure, built in 1902 as a mortuary and funeral home, became a writers’ center in 1997, after moving from a temporary home on North Capitol Hill. Linda Breneman bought the building and later shared ownership with Linda Johnson, a fellow board member. The nonprofit Richard Hugo House was founded by Linda Breneman, Andrea Lewis and Frances McCue in 1996.

At the private screening for friends and sponsors of the film, McCue said, “What began as a little tiny idea to film the teardown of the Hugo House, turned into the history of the gentrification of Seattle.” The film could easily have been an elegiac portrait of a time over and gone. McCue cautioned, “If you make a film about the American West there are a lot of ways to mess it up. If you start by writing about the sunset, you’re done, it’s over.” Instead the film crew used the demolition of the House-that-was as the triggering event for bringing together poets, writers, local historians and geographers to talk about the city in the 21st century.

The loss of a beautiful Victorian seems like yet another sunset in Seattle’s decade of intensifying gentrification as the city is built up with a boom of look-alike “5 over 1” apartment buildings. The five floors of flat sheeting over one floor of concrete walls are like blank censor boxes erasing the town that was. The film literalizes the sensation of a vanishing Seattle by including Frances McCue’s erasure poetry. Selections of poems from her book Timber Curtain appear on-screen over scenes of Seattle and the West. As she reads the poems aloud, words are slowly blacked out until fragments remain and only memory of the spoken words echoes in the mind. But on the screen, the remnants become a new poem.

Richard Hugo’s spirit pervades the film through the pieces of memories McCue and the film crew recorded on travels across Washington, Idaho and Montana to meet his friends. Though Richard Hugo himself never lived at the Hugo house, and maybe never even visited there, the House, like the film, is built in his memory and in his ethos. Hugo was in many senses a Seattle poet: starting poems directly from the banks of the Duwamish river, which runs past Boeing where he worked as a technical writer and out to the Puget Sound.  And yet, as closely tied as he was to the city, his poetic method was to find places away from home that could spark a sense of familiarity without tying the poem too close to documentary. The place that ‘triggers’ the poem, he explained, should be place from which the “imagination can take off…and if necessary can return” (Hugo, “The Triggering Town,” (1979)). In the film, writers who spent time at Hugo House return to talk about the writing and relationships developed there. The Victorian house was a triggering house—one whose specificities matter, but whose main significance is in the imaginations that took off from there.

Where the House Was is under consideration for festival screening at SIFF and AFI DOCSs. After festival circuits, the team plans to do screenings in other towns and cities across the American West to catalyze discussions about continuing community in places of ruin and gentrification.

Congratulations to Team Demo Hugo, a project of LoveCityLove, for the completion of this beautiful film about Seattle.

Learn more about the team and film at teamdemohugo.com.
Topics
Seattle

As Program and Events Manager, Caitlin Palo works with faculty to coordinate the material and logistical needs for bringing together scholars from on and off-campus. This includes consulting with faculty hosts to determine the ideal format for engaging events, including large-scale lectures in-person or on zoom, collaborative working groups, hands-on workshops, small-group conversational lunches, or other kinds of events. She also supports the logistics of room reservations, catering, flights, and hotels for funded projects and manages the co-sponsored events calendar.