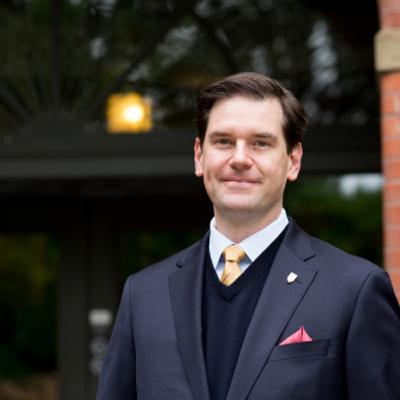 This series features UW doctoral students reflecting on their experiences shadowing faculty at two-year colleges as part of Reimagining the Humanities PhD and Reaching New Publics, a program to develop innovative forms of graduate scholarship and teaching.

While this may seem perfectly normal, it is surprisingly rare. In the experience of my undergraduate and graduate studies, most of my classes on the study of drama as a subject—from theatre history to script analysis—have taken place in classrooms. Only the practical aspects of theatrical production (acting and directing, for instance) have taken place in theaters.

And yet, if it is available, why not use a performance space all the time?

Or, at the very least, for an introductory course? Shouldn’t a theatre intro class take place in a theatre?

Many of Shelley’s students are being exposed to dramatic text and theatrical performance for the first time. They read scripts, perform scenes, and bring in ideas for design in the form of drawings and dioramas. Shelley literally threw them into the deep end with Milcha Sanchez-Scott’s one act play The Cuban Swimmer, in which the 19-year-old competitive swimmer Margarita Suarez is swimming from Long Beach to Catalina Island. Beside her, her Cuban-American family follows along in a boat.

While the play centers on issues of cultural identity and definitions of selfhood, it also poses a challenge for the theatrical imagination. As mentioned in the play’s overview, there are many “complicated, almost cinematic elements” that the design team of a theatrical production must contend with:

Because so many of the students in this class are new to theatre, they don’t have the preconceived notions that can both help and limit people with more experience. As I moved through the lobby of the theatre, where groups of students were discussing their ideas, I was struck by the originality of their concepts, and how effectively they would work on the stage. I had approached the “problems” of the play by reaching back to what I knew and remembered from productions I’ve seen, whereas these students were thinking entirely outside the box of standard tools with which I’ve become both equipped and encumbered.

As we moved back into the theatre to discuss their projects, students sat in the spectator’s area and Shelley stood on the stage. The space is an intimate black box with seating on risers that essentially share the performance space, with the barest separation of an open curtain. It feels very much like a television studio, and as Shelley took suggestions from the “live studio audience,” she moved around the stage, illustrating each idea (use of mirrors, use of fabric and fans, use of puppetry) with pointing and gestures, fleshing out how each approach would work in this setting.

That’s when it hit me: this is so much more effective than doing the same thing in the classroom.

Every lesson I’ve seen in this space has benefitted from its inherent energy and performativity, whether it’s discussing important theatrical figures or learning tips for delivering presentations. The use of the lobby as an “off” space, where topics may be freely discussed, accustoms the students to use that space for an open and in-depth discussion of what is happening in the performance space—which is exactly what a theatre lobby is supposed to be! When the students return into the theatrical space, there is an understanding that “practice” is over, and that now it is time to “perform.” Phones are put away, attention is paid, support is given—we are present, as both a supportive, engaged audience and a supportive, engaged classroom.

The parallel between the classroom and performance space has been made before, but not always in the most positive light. Certainly, as an educator, I’ve tried to emulate Horace’s adage that “the aim of the poet must be to both instruct and delight” and make my lectures both informative and entertaining. The prescribed student behavior in lecture has been paralleled to that of a theatre audience:

This behavior was modeled and necessitated by theatrical realism, which became the normative performance style in the 20th century and which requires audiences to sit quietly in the dark. While these may make for a more “polite” environment for a night out at the theatre, it can also make for a much more disconnected and passive audience. What we gain in the realistic nature of stage depiction and a deeper suspension of disbelief, we lose in terms of group dynamics and audience cohesion—we aren’t a community anymore, but a collection of scattered individuals.

By keeping the lights on in the entire space, Shelley has struck an intensely successful middle ground: we are immersed in a performance space in which each class and each lesson possesses an immediate applicability. At the same time, we can see one another. We take turns as audience and performer. The students are constantly crossing back and forth over the invisible fourth wall of the space, and as they do, they are simultaneously learning about the inherent performativity of all life and action in our societies, and the presentational and representational performances of our own selves. 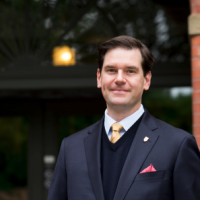 Guillaume Tourniaire was a 2017-2018 Mellon Collaborative Fellows for Reaching New Publics. He has taught courses in theater history and analysis at the University of Washington, Cornish College of the Arts, and Catholic University. He has also given workshops on acting and audition techniques at American University, Peabody Conservatory, and Gettysburg College.