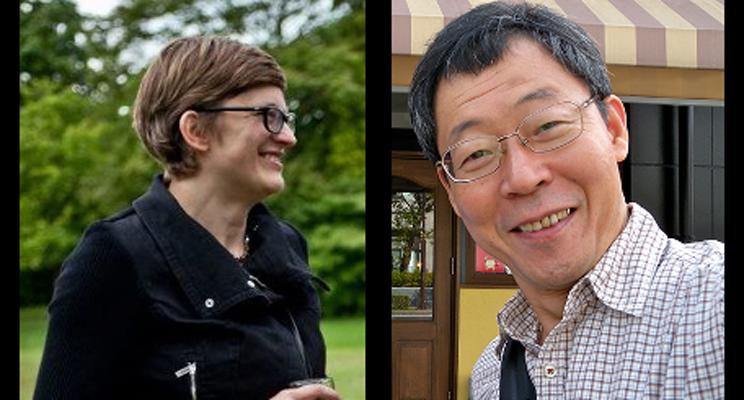 Shingo Nagaoka is Professor of English Literature at Shimane University in Japan. His research focuses on Native American literature, a subject on which he has published extensively. He also recently organized an international conference on the writings of Lafcadio Hearn. Professor Nagaoka came to the Simpson Center in September 2014 and will stay with us through the Winter Quarter. He is writing a book on Sherman Alexie.

Elizabeth Barry arrived at the Simpson Center at the start of this new year. She is Associate Professor of English and Comparative Literary Studies at the University of Warwick in the United Kingdom. Professor Barry’s publications include written and edited volumes on Samuel Beckett, as well as the subject of celebrity, and her research and teaching interests include Irish studies, British and European theater, and medical humanities. She will be in residence with us until April 2015.