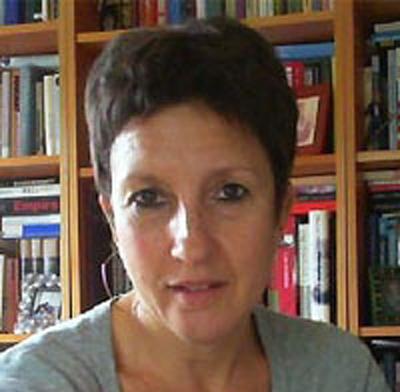 "Neocitizenship aims to take the measure of a transformation in process, while evading the twin lures of optimism and regret."

Eva Cherniavsky (English) has a new book about the changing meaning of citizenship in an era of US oligarchy, Neocitizenship: Political Culture after Democracy (NYU Press, 2017). For the past three years, Eva has co-led the Simpson Center research cluster Palestine and the Public Sphere, which examines the situation of Palestine and its framing in US academic and public spheres. She was also a fellow of the 2015-2016 Society of Scholars and has served on the Simpson Center Executive Board.

Neocitizenship explores how the constellation of political and economic forces of neoliberalism have assailed and arguably dismantled the institutions of modern democratic governance in the U.S. As overtly oligarchical structures of governance replace the operations of representative democracy, the book addresses the implications of this crisis for the practices and imaginaries of citizenship through the lens of popular culture …

… Drawing on a range of political theories, Neocitizenship also suggests that theory is at a disadvantage in thinking the historical present, since its analytical categories are wrought in the very historical contexts whose dissolution we now seek to comprehend. Cherniavsky thus supplements theory with a focus on popular culture that explores the de-democratization for citizenship in more generative and undecided ways. Tracing the contours of neocitizenship in fiction through examples such as The White Boy Shuffle and Distraction, television shows like Battlestar Galactica, and in the design of American studies abroad, Neocitizenship aims to take the measure of a transformation in process, while evading the twin lures of optimism and regret.