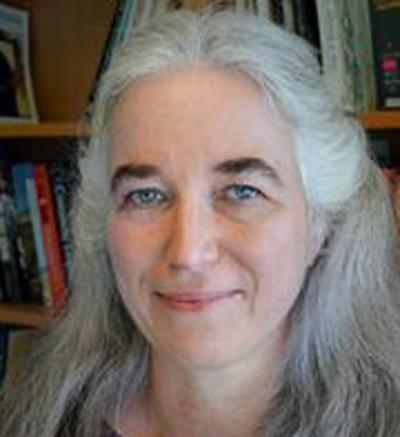 "Americans in Arid Lands tells an environmental and postcolonial history of 'development,' connecting the US’s approach to the postwar world to the nation’s settler colonial history in the American West."

Linda Nash (History) has received a $50,400 grant from the National Endowment for the Humanities for research into how Americans’ approach to postwar development was shaped by the nation’s abundant resources and its history of settler colonialism in the American West.

Her project, “American Engineers and Hydroelectric Development Projects in the US and Afghanistan,” grows out of several activities supported by the Simpson Center. Linda was a fellow of the 2007-2008 Society of Scholars for her project “Engineering a Modern World: Environments, Technologies, Agency.” She was a co-organizer of the 2014-2015 Environmental Humanities crossdisciplinary research cluster. In April 2016 she traveled to Washington State University as part of collaborative partnership among scholars in the environmental humanities at the UW and Washington State. She is an affiliate faculty member for the Certificate in Public Scholarship and a guest speaker for City/Nature: Urban Environmental Humanities, a Summer 2017 NEH Institute for College and University Teachers led by landscape historian Thaisa Way, urban ecologist Ken Yocom, and literary scholar Richard Watts.

More on her book project:

Americans in Arid Lands tells an environmental and postcolonial history of “development,” connecting the US’s approach to the postwar world to the nation’s settler colonial history in the American West. The United States’ materially intensive approach to appropriating the dry landscapes of the trans-Mississippi West in the nineteenth- and early twentieth centuries shaped how Americans would view and respond to dry regions across the world for several decades … My focus is American water engineers associated with the U.S. Bureau of Reclamation as they moved between western North America and certain foreign locations.  Their goal was to remake marginal, arid environments into modern agricultural landscapes through the application of technology, and by most accounts, they were remarkably unsuccessful. Nonetheless, Americans emerged as the undisputed experts on arid lands in the postwar world. While I briefly treat several different projects, I focus in detail on two: the Columbia Basin Project in Washington State—the Bureau’s largest domestic project—and the Helmand Valley Project in Afghanistan—the Agency’s largest foreign project.

The NEH award is part of a series of 290 diverse projects supporting scholarly and educational activities nationwide.

“The humanities help us study our past, understand our present, and prepare for our future,” NEH Chairman William D. Adams said in a news release. “The National Endowment for the Humanities is proud to support projects that will benefit all Americans and remind us of our shared human experience.”

To learn how to defend and advocate for public support for the humanities, see the National Humanities Alliance.