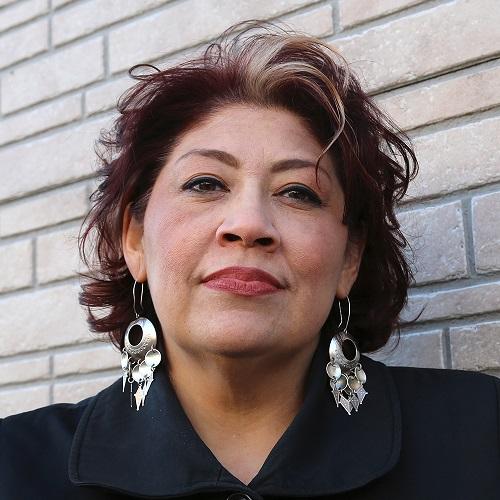 TallBear is one of a growing number of Indigenous scholars challenging the conventions of knowledge production in the scholarly arena, carving paths and holding space for others to contribute innovative styles of learning and writing.

On a sunny Tuesday afternoon in April, a dozen graduate students gathered in the Simpson Center and nervously awaited the arrival of Kim TallBear, Associate Professor of Native Studies at the University of Alberta, the Canadian Research Chair in Indigenous Peoples, Technoscience & Environment, and co-creator of the sexy storytelling series, Tipi Confessions: A Research-Creation Laboratory. As graduate students in Indigenous Studies we felt as if we were preparing to meet a rock star; TallBear is legendary in Indian Country for both her incisive critique of blood quantum and DNA-based racialization, and her biting irony and humor on social media. Her recent critical inquiry into polyamory and what she calls “settler sex”—structures of sexuality such as monogamy and marriage imposed on Indigenous peoples by settlers—is a fascinating bridge between academic and public scholarship and a model for how to reimagine knowledge production in ways that center Indigenous and feminist values. For all of these reasons, we were beyond excited for a rare opportunity to meet with her in such an intimate setting.

The Indigenous Studies Graduate Research Cluster, sponsored by the UW Simpson Center, is in its inaugural year at the UW. Because Indigenous Studies is so inter- (and multi-) disciplinary, many of us feel isolated in our disciplinary silos, and it is often difficult to read widely enough beyond our own work to gain a good sense of the field, which is important for our development as professionals who are preparing for a competitive job market. For these reasons we chose to organize as a reading group and work our way through a syllabus that was collaboratively designed to expose us to new publications in our field that fall outside our individual reading lists. Over the course of this year we’ve met two times per quarter to discuss Indigenous texts from literature, science, political science, history, and cultural studies. Our reading syllabus culminated in a spring meeting where we discussed Kim TallBear’s blogs and Twitter posts on critical polyamory and settler sex, in preparation for her campus visit and for this opportunity to meet and talk with a leading scholar in the field.

As TallBear entered the room you could feel our nervous excitement reach its peak. She is a tall and formidable presence, but her smile is warm and generous and we settled down quickly into a comfortable circle to talk. After introducing ourselves and sharing summaries of our work, we segued into a discussion about her most recent scholarship on polyamory and settler sex. We intentionally chose to focus on this aspect of her work rather than on her past emphasis on DNA, blood quantum, and racialization because to date her critical polyamory “publications” have remained strictly public: she has processed her experiences and observations in polyamory via Twitter and her blog, The Critical Polyamorist. TallBear explained that she uses these public platforms as spaces to engage her readers in conversations about kinship, intimacy, and, of course, sex. As a methodology, her use of social media platforms to generate scholarly writing puts into practice the values of kinship and Indigenous feminist politics that she is exploring in critical polyamory, and this is very cool to see enacted.

As graduate students we were very much interested in having a conversation about the politics of publication, especially given the colonial nature of the immense pressure to publish or perish. Many students talked about the incredible stress of having to produce particular forms of knowledge for their discipline in what can at times be unsupportive and even hostile environments for people of difference. What’s more, for Indigenous peoples and PoCs, knowledge does not always look like (or more accurately, almost never looks like) a standard scholarly article or peer-reviewed monograph. Still, we are deeply aware that to advance in academia we have to learn how to produce and perform in particular ways while learning how we might be able to apply pressure to these systems along the way. TallBear is one of a growing number of Indigenous scholars challenging the conventions of knowledge production in the scholarly arena, carving paths and holding space for others to contribute innovative styles of learning and writing. Students asked questions ranging from how she developed her process to whether or not it is safe to engage these lines of inquiry in public. Much of our discussion centered on the idea of “consenting to learn in public,” a phrase made popular in Indigenous studies and social media circles by Cherokee scholar Adrienne Keene on her own public blog, Native Appropriations. Consenting to learn in public is a risk-filled, consensus-based process that leaves the learner open, often vulnerably, to criticisms and rejections. But, for both Keene and TallBear, it is also an Indigenous feminist praxis that unsettles the individualistic and privileged mode of Western knowledge production.

The most powerful moment in the discussion followed a question from Yoli Ngandali, a graduate student in archeology at the UW, who asked about how to balance family responsibilities with the all-consuming responsibilities of being a graduate student. TallBear’s response captivated the room: she affirmed that our kinship connections, whether to our nuclear families or to the relations we establish over the course of our lives, both human and nonhuman, are a powerful center for us, and that when we prioritize relations we unsettle the academy. She affirmed that this is difficult work, but necessary work, which looks different for everyone because we each operate from varying degrees of privilege and must mind our own well-being accordingly.

By the end of TallBear’s visit, we were all incredibly grateful for her time, inspired by the generosity of the senior scholars of our field, and motivated to take up the work of unsettling and reimagining knowledge production and the academy—work that is grounded, of course, in a network of kinship relations that hold us and keep us accountable.

Lydia Heberling (Apache and Yaqui ancestry) is a doctoral candidate in English and chair of the Indigenous Studies GRC. Her research focuses on aesthetic and formal innovations in 20th and 21st century California Native literatures and arts, including how Indigenous peoples use sports and outdoor recreation activities to reclaim a visible presence in homelands and home waters.