Lots of Love for Little Women 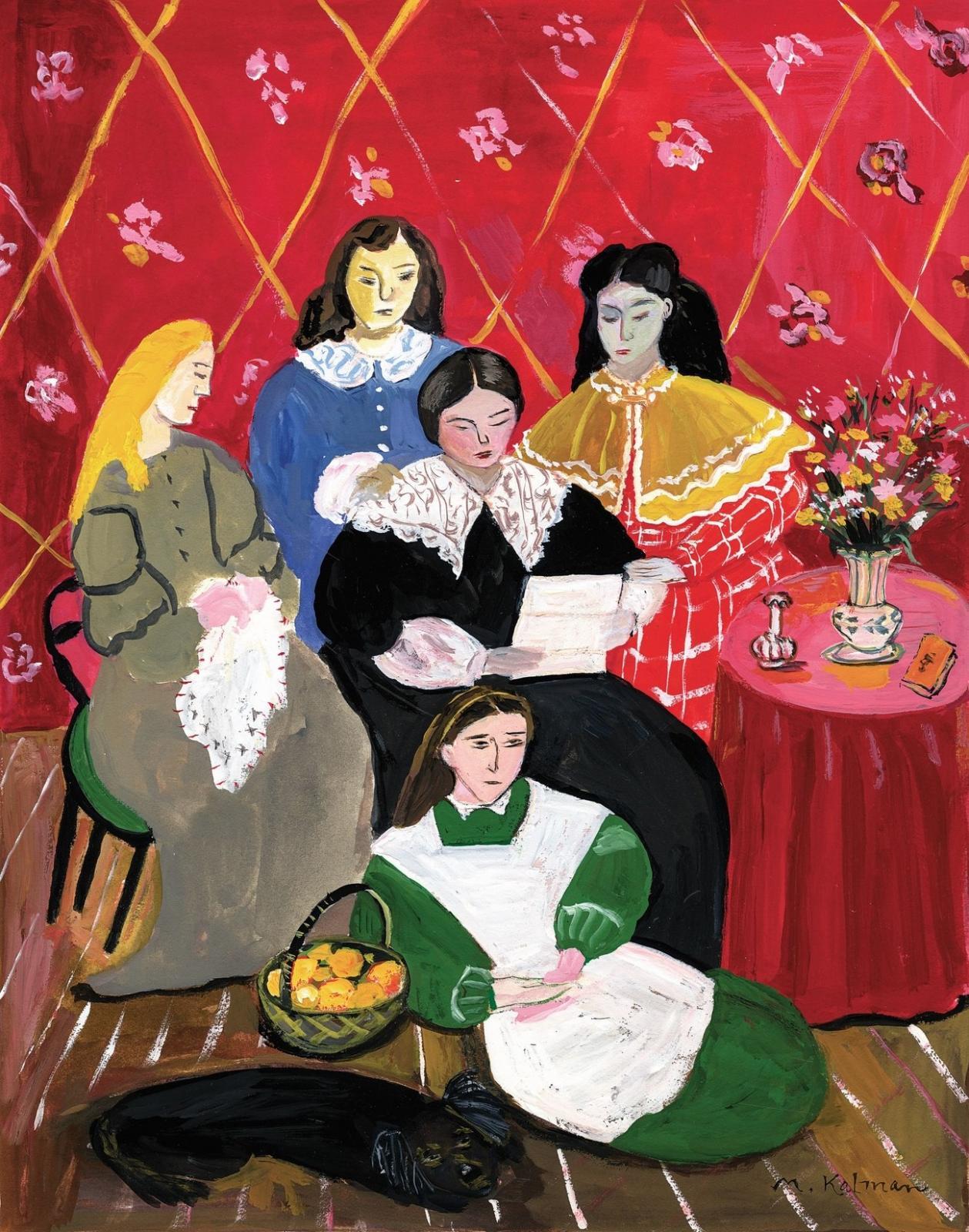 March Madness was a fun opportunity for fans and scholars to unite over their shared love of Little Women.

Fifty-six people got up on a Saturday morning to celebrate the 150th anniversary of Louisa May Alcott’s Little Women. The event was March Madness, hosted by the Eighteenth- and Nineteenth-Century Graduate Research Cluster and held in the Research Commons in Allen Library on November 23.

Members of the University of Washington community and the community at large gave lightning talks on a variety of subjects, including women’s clothing in the 1860s, Little Women and sustainability, the legacy of Little Women in China, Alcott’s assessment of Transcendentalism, and the stakes of being a woman artist in the nineteenth century. 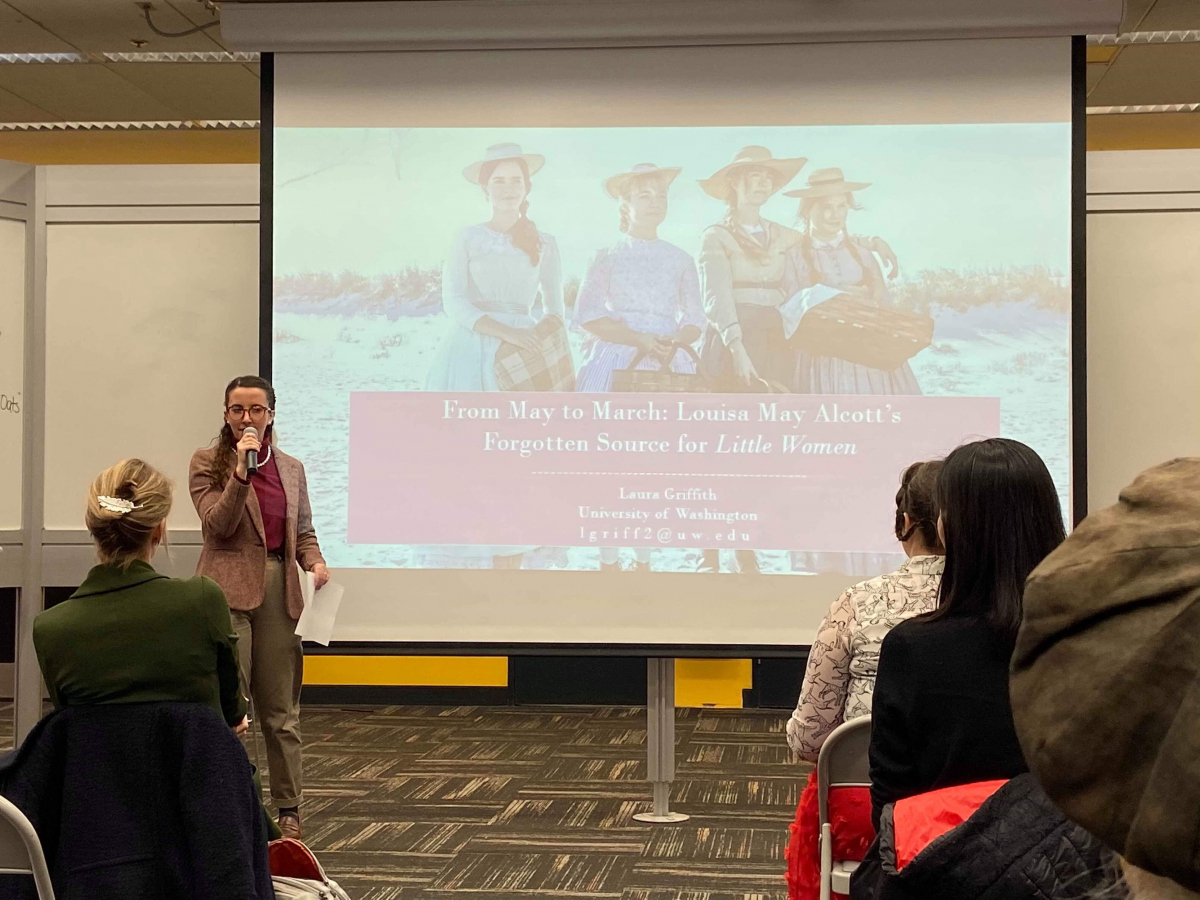 In between panels of lightning talks, attendees visited tables displaying desserts baked from nineteenth-century recipes, reproduction clothing and artefacts in the style of the nineteenth century, art in the style of the nineteenth century (which was being painted on the spot by UW’s own Joey Xiaoyi), and the University Bookstore’s collection of books by and about Louisa May Alcott, among other things. Re-enactors from the Washington Civil War Association, at the University of Washington for the first time, were also there in full 1860s costume.

Finally, the event finished with a talk from Sandra Kroupa, the Rare Books Curator for UW Special Collections, followed by a trip downstairs to see the more than 150 books Sandra had displayed, including a first edition of Little Women. An endowment for the collection of works by nineteenth-century American writers has enabled Sandra to collect an impressive array of books by Alcott and her contemporaries.

March Madness was a fun opportunity for fans and scholars to unite over their shared love of Little Women. Attendees could vote on their favorite of the four March sisters in the novel by putting money into jars bearing each character’s name. Donations went to the University District Food Bank in honor of the March sisters, who feed the hungry at the beginning of the novel. Participants also chatted about why it is that everyone likes Beth but she’s nobody’s favorite character, and argued over whether or not Jo should have married Professor Bhaer. 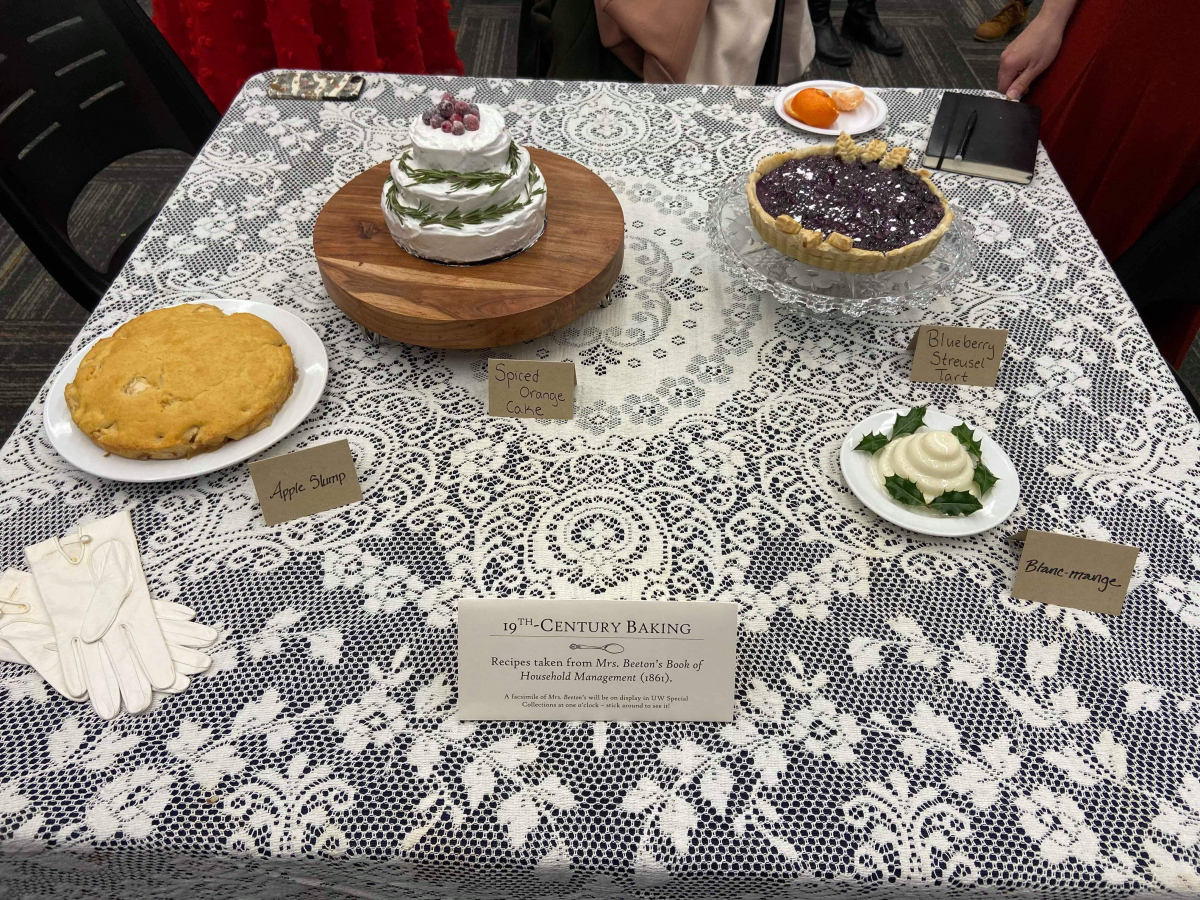 March Madness also provided a platform for scholars to share their work with an audience beyond the university, breaking down the invisible barriers that often separate academia from non-academic communities. This ensures that the insights and questions raised within university walls reach beyond them; it further ensures that the knowledge and concerns of the broader community ground scholarship.

March Madness was organized by graduate students in the Eighteenth- and Nineteenth-Century Graduate Research Cluster, supported by the Simpson Center for the Humanities and the UW Libraries. It is the third in a series of events hosted by this research cluster celebrating anniversaries of important literary events. The first two were JaneFest in 2017 (in honor of the 200th anniversary of Jane Austen’s death) and Frankenreads in 2018 (celebrating the 200th anniversary of Mary Shelley’s Frankenstein). 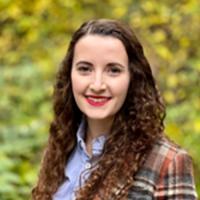 Laura Gehrke (née Griffith) studies religion and feminism in Victorian novels. Her doctoral dissertation is on women's religious lives in the novels of George Eliot and Charlotte Mary Yonge. She has also worked on Charlotte Brontë, Charles Dickens, and R.D. Blackmore.

Laura is one of the coordinators of the Eighteenth- and Nineteenth-Century Graduate Research Cluster.