A Closer look at the Data
Kyle Kubler 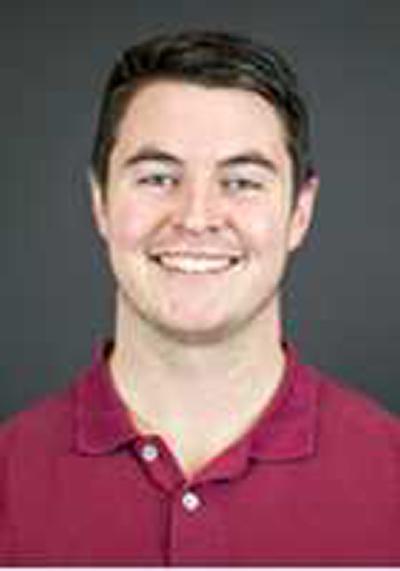 It is difficult to determine from the studies to date if the Guided Pathway program is creating the change or if we are just seeing the exhibition of a collective trait already held by the (relatively homogenous) student sample.

One of the biggest reform movements involving community colleges today is Guided Pathways, a set of programs attempting to solve three problems facing many community college students: excessive credit loads, low and slow degree completion rates, and confusing transfer systems. These programs implement multiple organizational changes within community colleges, including requiring students to pick a major or area of study (sometimes referred to as a meta-major) when they first enroll, creating clearer roadmaps for transfer to four-year institutions, and providing more frequent academic counseling to keep students on track with their stated goals. Guided Pathways efforts have been championed by the Community College Research Center (CCRC), the Bill & Melinda Gate Foundation, the Aspen Institute, and American Association of Community Colleges (AACC).

As with all organizational changes, measuring efficacy difficult but necessary. While various models of Guided Pathways have been around for more than a decade, the push for broader implementation has mostly occurred over the last 5 years, which puts a limit on how much we know about the success of these programs. Research on how Guided Pathway programs are implemented is limited, but there are notable case studies. Studies from CUNY’s ASAP program as well as Queensborough and Guttman Community College (all within the CUNY system) have demonstrated higher graduation rates, lower dropout rates, and fewer “unnecessary” credits. These impressive results were achieved by requiring students to pick a major, or general area of study (meta-major), as soon as they enrolled, and by providing students with an academic advisor to help them choose an appropriate course of study. However, these test programs included only full-time students, which limits the applicability of these studies to one part of the community college demographic. And in the ASAP study, not only were the students all full-time, but their average age was 21.5 years old. Most of these students lived with their parents, and they were provided with free books, transit, and tutoring. Another common trend in both the Guttman community college study as well as Miami Dade College is the implementation of educational “boot camps” for students transitioning directly from high school. As part of their Guided Pathways plan, recently graduated high school students enrolled in a summer bridge program as well as receiving advising services before starting school. At Miami Dade, this amounted to the school hiring 25 new full-time academic advisors.

If we compare this to the demographics of the Seattle district community college system, which is currently adopting Guided Pathways, we find that the sample from the ASAP study is not representative of most students. Only 39 percent of Seattle Community College students were enrolled full-time in 2016-17, with an average of 43 percent enrolled full-time since 2005. The median age of a student is 28. While Guided Pathway implementation is still underway in the Seattle colleges, it isn’t clear that there are plans for “boot camps” or summer bridge programs. It is difficult to determine from the studies to date if the Guided Pathway program is creating the change or if we are just seeing the exhibition of a collective trait already held by the (relatively homogenous) student sample. While it is certainly not always the case, it seems fair to assume that part-time students are more likely to have a job than full-time students. Younger students who are living at home and don’t have to pay rent are also less likely to be working. If these are the students who indicate that Guided Pathways works, it seems possible that what we are actually seeing is how much easier it is to succeed as a student when you are young, don’t have a job, and don’t pay rent, all of which are demographically uncharacteristic of Seattle community college students.

Based on the current data, there seem to be two potential pitfalls to implementing Guided Pathways programs at South Seattle Community College. The first is the potential to exacerbate learning inequalities between young, full-time students and older part-time students. If the benefits of Guided Pathways are skewed toward to former group, then the latter group risks not seeing academic improvements or potentially regressing. This also points to the need for comprehensive data collection and analysis on the part of South Seattle as it implements Guided Pathways. If the former group shows huge improvements and the latter group shows no improvement or a slight decline in learning outcomes, it may still be possible to show an overall improvement in school-wide achievement. Being able to track outcomes based on the demographic and educational levels discussed above is critical to understanding the real results of these programs. Second, there is the potential for humanities courses to be cut if they are not directly incorporated into specific pathways. This is a concern that extends to the broader school reform movement, of which Guided Pathways is a part. By operationalizing education as a simple pre-requisite for defined career paths, learning is not an end in itself but a means to a job. This is not to ignore those for whom community college is a means to future employment, but rather a reminder that community college can offer so much more.