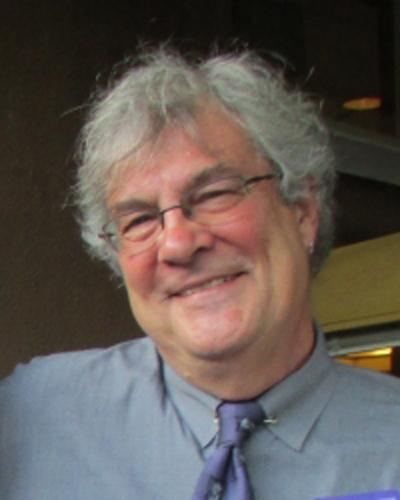 "Geist has had an enduring love affair with Spain which began with his first visit to the country in his junior year abroad from the University of California."

Anthony Geist (Spanish and Comparative Literature) has been awarded knighthood by Spain, one of the nation’s highest civil honors. He joins the Order of Isabella the Catholic with his nomination to the title of Caballero de la Gran Cruz. The honor is conferred on those who have given exceptional service to the benefit of Spain.

Tony receives the distinction at a ceremony at 4 pm on Saturday, April 16, in the Brechemin Auditorium, UW School of Music, presented by Spain’s Honorary Consul in Washington state, Don Luis Fernando Esteban.

A longtime Simpson Center supporter and former member of its executive board, Tony has led multiple interdisciplinary projects, including the 2005 Simpson Center symposium Children of War. The event capped a traveling exhibition of They Still Draw Pictures: Children’s Art in Wartime from the Spanish Civil War to Kosovo, Tony’s book and art project of children’s drawings from the refugee camps of the Spanish Civil War (1936-1939) and later twentieth-century war zones as well as documentary prints by photojournalist Robert Capa.

Tony also established the University of Washington Study Center in Leon, Spain, which has hosted programs from 15 UW units and involved more than 500 students since its founding in 2010.

More from the news release:

Geist has had an enduring love affair with Spain which began with his first visit to the country in his junior year abroad from the University of California.

Since then he has devoted his entire professional life to studying and teaching the language, literature, history and culture of Spain.

He has also been involved in numerous other projects including:

Geist continues to maintain an interest in literary translation. Early in his career he published Jorge Guillén: The Poetry and the Poet (1980) and just this year The School of Solitude: Collected Poems of Luis Hernández, which was shortlisted for a PEN Award for best book of poetry in translation. Future projects include the poetry of Rafael Alberti.

He said he would be accepting the honor in the name of many people who had made so many of these projects possible, from his family to his colleagues and to the Honorary Consul of Spain.

“The award recognizes the richness and beauty of Spanish literature and culture and its importance in the United States. I am honored to have contributed to its presence in this country and on the UW campus,” Geist said.